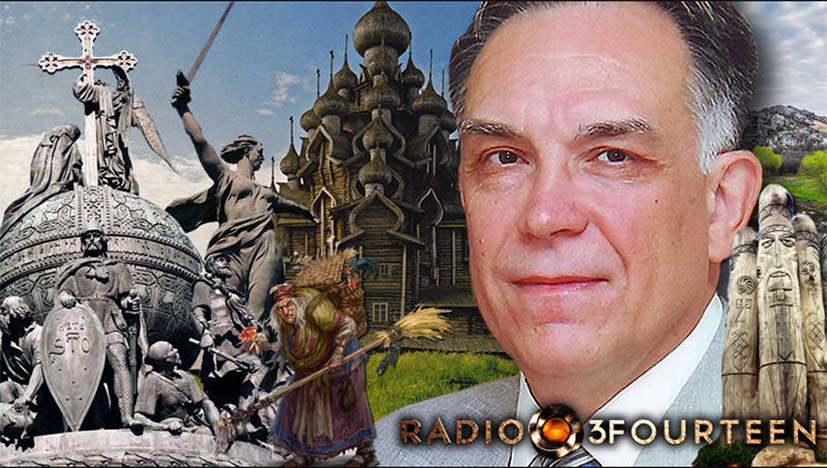 Dr. Tulaev Pavel is a scholar, writer, and professor of the International Slavic Institute in Moscow. He holds a Ph.D. in History and is the head of the Russian ATHENAEUM. Tulaev is a Russian nationalist who is on the forefront of the European New Right and Arian-Slavic movement, and the publisher of the magazines “Nasledije Predkov” (The Heritage of Ancestors) (1995-1999) and “Ateney” (2000-2010). He is the author and editor of many publications in different genres about Russia, Europe and America, including the book, “The White World in My Heart.” Professor Tulaev is with us to share his thoughts on the West’s fall into materialism and the idea that the Russian Nation is poised to save Europe and the entire White world from cultural and racial annihilation. He explains efforts that are being made to build a new continental axis between Paris, Berlin and Moscow in order to shape a reunification between Russia and the rest of Europe. We discuss how the US and Russia can work together to form a traditionalist and new right alternative movement. Then, Tulaev describes the concept of the ‘sobornost’ of human consciousness, a Slavic, pagan-rooted organic process of self-development and unity that is regaining popularity in Russia. We talk about the origins of the Slavic people, the Russian tsar dynasty’s role in establishing Russia, and various pagan traditions that were mixed together in a dual-faith assimilation of Christianity. Further, Dr. Tulaev highlights his work that addresses modern theologies that have come to replace the principles of ancient Slavic peoples. At the end, we consider the forgotten sacred gift of fertility and how low birth rates in the West represent a symptom of being cut off from knowledge of the natural order.